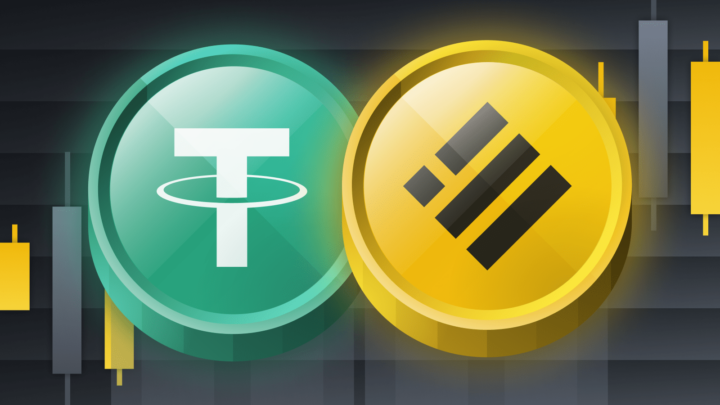 BUSD vs. USDT: Which Is Better?

Stablecoin is a more reliable and less volatile cryptocurrency than its well-known equivalents, such as ETH and BTC. It means that they have considerable potential for safer contributions. Tether (USDT) and Binance USD (BUSD) are the most popular stable currencies today.

Let’s consider in more detail what are their similarities and differences from each other.

Fiat-backed cryptocurrency is stablecoin. The value of a stablecoin is tied to gold or fiat currency to secure a stable price.

Mainstream crypto assets are beneficial precisely because you don’t need to trust intermediary institutions. Stablecoins are not highly prone to price fluctuations because the value of a currency is tied to another stable asset, mainly dollars or euros.

The issuer of the coin has a reserve with assets that guarantee buyers that the coins issued can be redeemed at any time.

In theory, users can get their primary currency back at a one-to-one valuation. Originally, stablecoins were used to buy popular cryptocurrencies as many exchanges did not have bank entrances.

Therefore, stablecoins are a more regular cryptocurrency option because they are obtainable around the clock standard and do not depend on common banking channels. Plus, money changes are done in seconds.

Tether was the first stablecoin. Most of the other stablecoins are modeled after it.

While there are dozens of different stablecoins, the two most common are Tether (USDT) and Binance USD (BUSD).

Binance USD is a fiat-backed fixed stablecoin with a similar value as the USD. For every BUSD you buy, there is one dollar in reserve. As the dollar fluctuates, the value of the resilient coin also grows or falls.

USDT (Tether) is a stablecoin secured to the USD. The exchange rate is 1:1. So, one USDT is equivalent to one USD. Users can use, sell or buy USDT as if they were using their regular fiat currency. But to do it, you will need a cryptocurrency wallet.

The creation of USDT was to address the subsequent problems:

Tether is in the limelight as the fourth most prominent cryptocurrency in the world. While there are some controversies around the stability of Tether at the $ 1 level, there are still common reasons to choose the coin over the regular currency.

Differences Between BUSDT and USDT

So let’s define the main differences between these two coins, which value the largest of the stablecoin market.

One of the essential differences between these coins is their blockchain.

The presence of various blockchains gives some advantages, such as the speed and comfort of transactions. While USDT only works on one blockchain, BUSD has multiplied blockchains, letting buyers buy and sell between them.

Stablecoins have price stability by ensuring the buying and selling of a reference asset. USDT is quite strong as the stable token is directed to stay at the $ 1 level. Furthermore, Binance USD is also permanent at $ 1.

Nevertheless, the debate has started over Tether’s claim that it has enough dollar reserves. At the same time, economists and investors doubt it does not.

Compared to USDT, BUSD is currently stable and free from disagreement.

The volume of stablecoins applies to the total quantity of activities, and “liquidity” refers to the number of coins ready for trading at a fixed price, which is $ 1. As the volume rises, liquidity tends to grow as well.

A stablecoin with a high trading mass makes it more comfortable for investors to exchange their coins.

As of mid-November 2021, the total number of shares or contracts (lots) that changed owners per day for USDT is approximately $ 75 billion – according to this indicator, Tether is the leader in the cryptocurrency market. The Binance USD stable currency has a daily trading volume of around $ 6 billion.

Benefits of USDT and BUSD

Despite the differences among themselves, stablecoins have the following general advantages:

BUSD is more open than USDT. Furthermore, it is not similar to USDT in terms of exchange time and blockchain.

Thus, it should be concluded that USDT is the best choice for people who prefer to use a cryptocurrency with a larger volume and liquidity. BUSD is favored if you consider transparence.