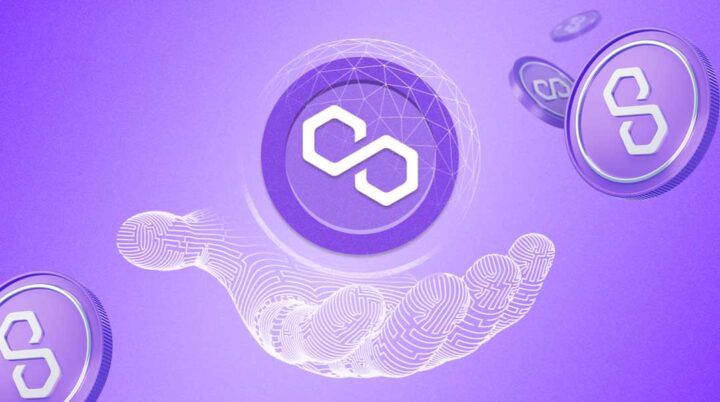 It’s no secret that the Ethereum network is home to an extensive range of economic and digital activity, spreading its power over a wide variety of sectors, from decentralized applications and non-fungible tokens to DeFi projects. And the main reason why Ethereum is the first choice for most developers when it comes to choosing a platform to create dApps (decentralized apps) and other blockchain applications is its compatibility with smart contracts.

However, with the popularity of the Ethereum blockchain reaching higher and higher, the number of daily transactions crossed the “ordinary” limits resulting in the rise of transaction fees. It came to the point when making small or frequent investments became economically unviable because of the heavy traffic and gas fees. As a result, a dire need for an alternative scaling solution came to the first plan. And this exact scalability solution was Matic Network.

Last year, Matic Network, layer 2 of the Ethereum blockchain, made an announcement about its rebranding and is now called Polygon. The Polygon project has emerged to provide lower costs and faster transactions and serves as a speedy parallel platform running alongside Ethereum. To use it, users just need to bridge some of their cryptos over to Polygon and then interact with a broad array of popular cryptocurrency apps once exclusive to the Ethereum main chain.

This article will uncover all key aspects of this layer-2 solution and explore all ins and outs of Polygon security, architecture, vision, and future.

Previously called Matic Network, Polygon is a platform for creating interconnected blockchain networks: it’s the second layer made to solve the problems of Ethereum scalability. As such, Polygon uses the Ethereum platform for operating and network connectivity, which enables it to get the security and liquidity of the Ethereum mainchain.

Polygon aims to address some of the significant limitations of the Ethereum network, including its throughput, lack of community governance, and user experience (delayed transactions and high speed) using an upgraded sidechain solution.

Instead of being a simple scaling solution like its prototype Matic Network which uses the Plasma technology to process all transactions off-chain before completing them on the main Ethereum chain, Polygon offers an entire platform for launching interoperable blockchains.

Here, blockchain developers and users can launch preset blockchain networks with features tailored to their specific needs. The developed apps and projects can be further customized with a vast range of modules, enabling developers to build sovereign blockchains with enhanced functionality. Polygon’s solutions offer various enhancements, including speed, transaction costs, and security, compared with Ethereum. Transactions, fees, and staking are done with Polygon’s native cryptocurrency – MATIC.

Polygon MATIC token can also be used to validate transactions and vote for network updates.

How Does Polygon Work?

The primary goal of the Polygon platform is to scale Ethereum and transform it into a complete, multichain system, similar to ecosystems like Cosmos and Polkadot, with the added benefits of Ethereum’s robust protocol and safety.

Apart from being an additional layer, Polygon is also one of the leading platforms enhancing blockchain interoperability allowing users to create Ethereum-compatible blockchains and shared security chains. Other solutions that Polygon makes possible include:

Blockchains and apps launched on the Polygon network run on its proof-of-stake mechanism, which leverages the validators network off the chain and then finalizes all transactions on the main Ethereum blockchain afterward. This can take a huge strain off the main blockchain, resulting in lower gas fees, reduced network congestion, and faster transactions.

The system and structure of the Polygon network are composed of four essential components:

The first one is the Security Layer. It runs alongside the Ethereum network and provides an additional security layer for other chains.

The next one is the Ethereum layer, which is a set of smart contracts supplied on the network. The primary functions of these smart contracts are transaction management, staking, and communication between Ethereum/Polygon chains. It’s essential to note that these two layers are optional.

The other two layers are mandatory. The first one in this category is the Execution Layer, which is designed for executing smart contracts. And the last one is the Polygon Network Layer acting as an ecosystem where users can create blockchain platforms.

Apart from the key layers, other vital components of the Polygon platform are its chains.

These chains can easily communicate with each other due to Polygon’s arbitrary message-passing abilities.

What is Polygon MATIC?

The native token of the Polygon platform is the MATIC token.

Polygon MATIC tokens are used for a variety of purposes, including enabling network participants to vote on Polygon Improvement Proposals, paying transaction fees, as well as contributing to the platform’s security through staking. Investors and users can buy MATIC tokens on various exchanges one can find in the crypto market.

Polygon MATIC tokens are quite popular and regularly rank among the top 15 cryptos with a market capitalization of 81 Million dollars.

Polygon’s Vision and Its Impact on The Blockchain Industry

The primary goal of Polygon is to create a truly decentralized space without digital borders, where users can freely exchange value without any third parties or intermediaries. During the Polygon’s development journey, it has come up with many innovative and up-to-date solutions taking the blockchain world to another level of interoperability. And currently, this platform makes broad steps towards a borderless decentralized world by creating a multichain ecosystem of platforms compatible with Ethereum, also known as the Internet of blockchains.

What’s more, the scaling solutions provided by the Polygon blockchain are the answers to some most pressuring problems coming with Ethereum, such as low transaction throughput, high fees, and relatively poor user experience.

Is Polygon (MATIC) a separate blockchain?

Polygon is the layer-two solution of the Ethereum platform that was created in 2021 to solve its scalability issues. As such, Polygon works separately while taking the additional advantages of Ethereum, like safety and liquidity.

What’s the native token of Polygon?

The native currency used in the Polygon platform is the MATIC token. It’s among the top 100 cryptos by its market cap and can be used not only for performing transactions but also for voting purposes.

What blockchain is Polygon based on?

Polygon operates on the Ethereum blockchain and connects the apps and projects developed on this platform. Naturally, it was created to enhance Ethereum’s scalability and provide users with more beneficial and cheaper solutions.